When it comes to your car’s engine oil, it’s not a one-and-done thing. It wears out over time since it is constantly exposed to soot and other particles. Because of this, an oil change service is necessary. However, if your oil soon turns black following the oil change, you may have a problem.

This begs the question, “Why is my oil becoming black so quickly?” However, while an oil change service can remove the dark and worn-out oil from your car’s engine, it isn’t able to completely remove it. There are traces of the old oil in the fresh one. As a result, the fresh oil quickly darkens. However, you need not be concerned, as this will have no negative effects on your engine.

Most engines eventually turn their oil dark brown. Because of this, regular oil checks and replacements are necessary to keep a vehicle running smoothly and safely. In addition, you should keep in mind that even if the oil turns black rapidly, you do not have to replace it.

Everything you need to know about engine oil, primarily how it goes black, will be covered in this article. This way, you’ll know whether or not your situation warrants concern.

Why Is My Oil Turning Black?

Every engine oil eventually goes black, and there’s a good reason for it.

Exposure to dirt or dust particles will cause your oil to get black, thick or even just very dark. A buildup of soot is caused by the presence of these components whilst the engine is running.

Because the oil lubricates the engine as it operates, it is constantly going to get darker as the engine works overtime.

The fact that it’s a common event doesn’t imply you won’t be bothered by it.

There is a limit to the amount of oil that may be used on a car. As it darkens and thickens, the efficiency of your engine suffers, and it may even be damaged.

Because of this, you must be able to distinguish the oil’s color. In this manner, you can determine the requirement for an oil change service.

Is It Bad If Your Oil Is Black?

A darkening of the oil can be an indication that it’s time to replace the oil in your vehicle. It’s not always the same, though.

Blackness can be caused by additives, for example. That’s what keeps it going. The additives in your engine oil prevent the oil from remaining clean.

Keep in mind that oil darkening is an indication that your engine is functioning properly.

How rapidly the oil gets black or darkens would be the next question.

Your oil should be fine if it lasts for 10,000 miles between oil changes, as a general rule of thumb.

Engine Oil Is Black After a Change – Is It Ok?

The dark, black oil is expected to be replaced with a new, amber, translucent oil during the oil change. However, if you look at the oil, you may notice that it’s still black. Is it something to be concerned about?

As a general rule, the blackish oil is replaced by a clear, amber-colored one when the oil is changed in an automobile. Remember that an oil change will not remove all of the black oil.

There will be some oil residue left in the chamber at some time. This means that as soon as the new oil is placed, the old oil will be mixed in with it.

Always keep in mind that if you see that your engine oil is turning dark, it’s okay.

Why Is My Oil Black After the Oil Change?

When you get an oil change, the old oil is removed and replaced with the fresh one. As a result, the engine’s oil should appear new from the perspective of a novice.

However, this isn’t truly what’s going on in the real world.

The dark, black oil is replaced during the oil change, but it is not removed from the engine. As a result, some of the dark oil remains. The new oil is mixed in with the old as it is poured in. As a result, the fresh oil quickly darkens. It may appear to be a problem, but it does not harm the engine. Because of this, you don’t need to be concerned about it.

What Color Should Oil Be After an Oil Change?

Take it as a rule of thumb that you will see a cleaner oil after an oil change because the old oil is replaced with new oil.

The dipstick may not appear clear and translucent following this procedure, so don’t be alarmed.

Even though the dark oil was removed during the oil change, some of its remains were still present in the fresh oil. In a nutshell, the oil should be cleaner, but it isn’t.

How Long Does It Take For Oil to Turn Black? 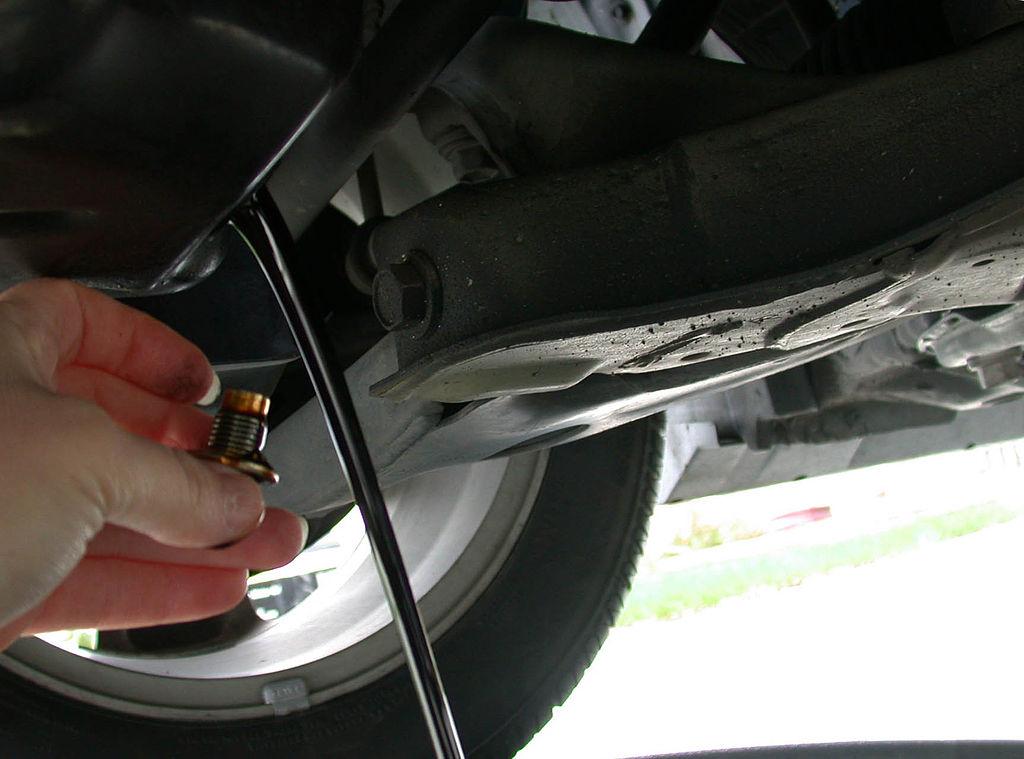 A small discoloration is possible because of the residues of the previous oil.  Keep in mind that not all of the oil is drained when you have your oil changed. As a result, the old one darkens as soon as it mixes with the new one. However, after a certain number of miles or time, a new oil is likely to lose its effectiveness and turn darker. The performance of the engine and the type of oil you use are two factors that could influence this outcome. Because of this, several experts recommend testing the oil color once a month. Using this method, you’ll be able to determine whether or not your vehicle needs another oil change.

The type of engine is another aspect that contributes to the darkening of the oil. Fueled by diesel or gasoline engines is the most common mode of transportation in the United States. Faster oil darkening would be more likely with the former than the latter. Here’s a basic explanation on why diesel engine oil quickly becomes black:

The cylinders of diesel engines burn at a higher temperature than those fuelled by gasoline. Such a thing improves the efficiency of the fuel. It also reduces the amount of exhaust emissions that are emitted through the tailpipe. Diesel engine oil is now contaminated by the re-ingested exhaust fumes. As a result, oil in these engines darkens more quickly than oil in engines fuelled by gasoline.

Your car’s engine would benefit from an oil change service if the black and worn-out oil was removed from the engine. However, it will never be able to remove it entirely. The old oil is mixed up with the new one. As a result, the fresh oil quickly darkens. This is why, even after an oil change, the engine oil gets dark so quickly. As a result, there’s no need to be concerned about the oil becoming darker.

As long as your engine is in good working order and your oil is changed on a regular basis, you don’t need to be concerned. Your engine may even appear to be running more efficiently as a result of the darkening.