Why Does My Radiator Fan Keep Running Updated 01/2023

The failure of a coolant temperature sensor or its wiring, a damaged fan start relay, damage to the electrical wires, and issues with the electronic engine control unit (ECU) are the most common causes of an auto radiator cooling fan that runs nonstop.

In order to correctly operate the radiator cooling fan, you must know the temperature at which the electronic control unit (ECU) activates it. You can also check the data on the fan-enable sensor in the radiator to see if it’s working properly. Typically, the temperature ranges from 87 to 95 degrees Fahrenheit (188 and 194 F).

As we’ll see in this article, there are a variety of factors at play when the radiator fan on an engine kicks on regardless of whether the coolant temperature is above 100°C (212°F).

So why is the cooling fan constantly running? 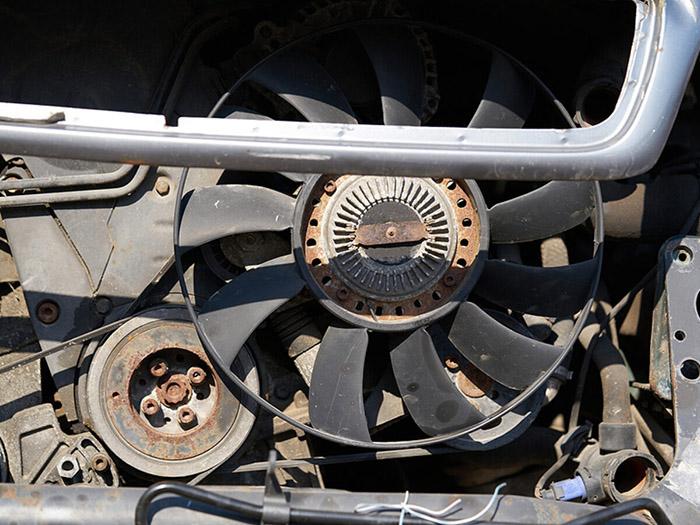 Even when the engine is turned off, the cooling fan may continue to run for one of the following reasons:

Failing coolant temperature sensor or damage to its wiring.

A short circuit, overstated or understated signal, or the absence of a sensor can cause the electronic control unit to convert the engine into emergency mode so that there is no overheating of the engine. As a result, the fan is always running to ensure that the engine does not overheat.

This can be confirmed by seeing that the engine struggles to start if it isn’t sufficiently warmed up.

If the negative wire of the fan is frayed, it may frequently run nonstop. The location of the wires can vary depending on the engine.

If the motor’s design includes two sensors for measuring the temperature of the coolant, the fan will turn on when the ignition is turned on even if the first sensor is damaged. An engine’s fan will run constantly if its second coolant temperature sensor’s insulation has been damaged. 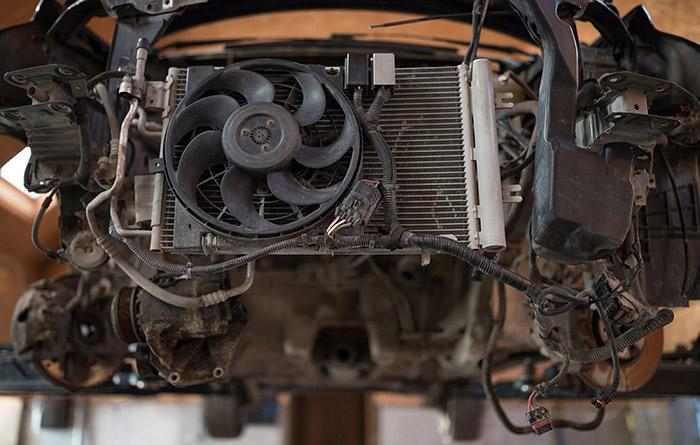 When the ECU doesn’t work correctly, it could be because of a software bug (such as after a flashing) or because moisture has gotten inside of it. Moisture can enter the ECU in the form of a common coolant.

The freon pressure sensor in the AC

In the event that it fails and refrigerant escapes, the system detects an overheating radiator and uses the always-on fan to try and cool it down.

When the air conditioning is on, some drivers notice that the cooling fan is continually running. So why is it happening? This suggests either a filthy radiator or an issue with the freon pressure sensor and should not be happening (freon leak).

Low efficiency of the cooling system

Low coolant levels, leaks, malfunctioning thermostats and pumps, depressurization of the radiator cap and expansion tanks can all cause a vehicle to break down. The fan may not run continuously, but for a reasonable amount of time, or it may turn on and off often.

What to do if the cooling fan is constantly running

Performing a few easy diagnostic procedures is worth your time if your engine cooling fan is running nonstop. There should be a logical sequence to verifying each issue.

Check for errors in the ECU memory

P2185 indicates that the coolant temperature sensor does not have a negative reading, and numerous other codes (p0115 to 0119) indicate that the sensor’s electrical circuit is faulty.

Check the integrity of the wires

Individual wires linked to the fan drive may be broken (insulation is usually damaged) depending on the design of the motor, resulting in a short circuit.

As a result, all you need to do is locate the damaged area of the wire. A multimeter or a pair of binoculars can be used for this.

Alternatively, two needles can be inserted into the contacts of the tokens and the needles can be closed together. The ECU will indicate that the motor is overheating if the cables are intact.

The coolant temperature sensor should be checked if the sensor’s wiring and power supply are in order.

Additionally, it is vital to inspect the sensor’s contacts on the chip and the integrity of the chip fixation, as there may be damaged clips. Remove any oxides from the chip’s contacts, if necessary.

Test the relay and the fuse. Using a multimeter, verify that the fan receives power from the relay (the PIN can be found in the diagram). When it doesn’t go away, you’ll need to replace it. If the power goes off, check the fuse.

Cleaning the radiators and cooling system

Dirty primary radiators and air conditioning radiators need to be cleaned if they’re clogged up. Internal clogging of the engine radiator is also possible.

The cooling system must be cleaned using this particular solution if such is the case. Alternatively, you can dismantle the radiator and clean it individually.

Check the operation of the cooling system

Because of the low efficiency of the cooling system and its components, the fan can run at full power for long periods of time. As a result, it is recommended that the cooling system be checked and, if necessary, repaired or replaced.

Visit a workshop to carry out these procedures and eliminate the root cause.

is a last resort when every other component has been thoroughly inspected. It is necessary to remove the electronic control unit and disassemble the chassis in order to do this task.

Make sure the internal board and its components are in good working order before cleaning it with alcohol to remove coolant and debris.

Cooling fan use during the heat is unpleasant, but not unheard-of. To avoid further problems with the radiator’s cooling fan, it is recommended to get this issue diagnosed and repaired as soon as feasible.

A short circuit in the starting relay or its wiring is the most common cause of the radiator cooling fan running nonstop. Rest of the problems occur less frequently. Therefore, it is necessary to inspect the relay, wiring, and the ECU memory for problems.

How Much Is The New Harley-Davidson Bicycle?
Can You Jump A Car With A Tesla
Car Hood Won't Close
Changing Oil On Ramps