Why Is My Battery Light Flashing Updated 01/2023

People tend to focus more on the engine, transmission and tires than the battery until anything goes wrong with the vehicle.

Car batteries are often overlooked, yet they play a critical function and can cause your vehicle to stall if they’re in poor condition. On the other hand, have you ever noticed that the dash-mounted battery light flashes?

If the battery indicator on your car is flashing, it means there’s a problem and it has to be addressed. So, what do you think the issue is? To find out, continue reading this article to the end.

Why is the car battery light flashing?

A failed alternator, faulty wires, a faulty voltage regulator, or a loose battery can all result in the dashboard battery indicator flashing.

There could be an issue with the battery, the connection, or other components that operate with it if the battery warning light comes on when the ignition is turned on and stays on even when the engine is running.

When the engine starts, the battery light should come on and go out. If the light stays on or flashes when the engine is started, a mechanic should be consulted right away.

Flashing of the car’s battery light indicates that the battery is not providing enough power for the vehicle to function properly.

In addition to the ignition, headlights, DVD system, and engine control computer, every car has a 12V rechargeable battery.

The battery will eventually die if it isn’t charged. The voltage regulator and the alternator, which charge the battery and provide electricity when the engine is operating, are therefore standard equipment in all cars.

There is a car battery light on the dashboard to alert you if there is a problem with the recharging mechanism because all vehicles rely significantly on the battery.

While your automobile will start if there’s enough electricity to do so, the battery won’t hold a charge for very long. Stalls are more likely to occur if the problem is not addressed soon. 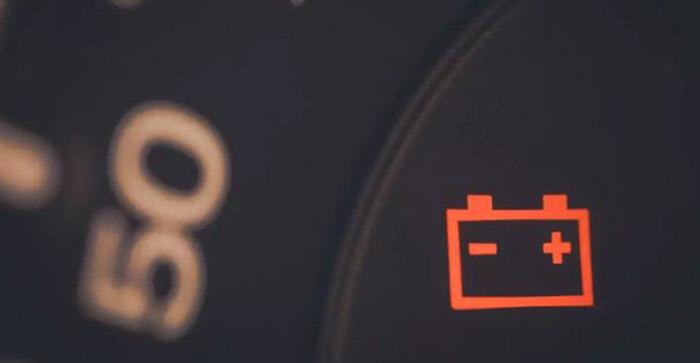 The alternator is one of the most common causes of a flashing battery light in an automobile. When the engine is operating, the alternator powers the car’s electronics and recharges the battery.

The battery will take over in the event of a malfunction or damage, resulting in a flashing battery light on the dashboard. The automobile battery light will begin to flicker when the alternator’s output falls below a specific threshold.

There is no other option but to replace the alternator, which will cost between $500 and $1000 if it is damaged.

The alternator and all of the car’s electrical components, including the battery, are connected by this device.

Having a faulty voltage regulator means that you won’t be able to regulate the voltage properly. You’ll be alerted when the voltage drops to the point where the battery isn’t getting enough charge from the sensor, which blinks the car battery on the dashboard.

Between $330 and $450, you’ll pay to replace a malfunctioning voltage regulator.

An undercharged battery is the result of faulty power transmission from the alternator to the voltage regulator and the battery’s internal battery wires.

When starting the engine, these cables transport a lot of power, and if they’re in bad form, they won’t be able to run the automobile and charge the battery.

Corrosion can form at the battery terminals if the battery cables are too loose, resulting in a weak connection. Between $20 and $50 will be needed to repair damaged cables.

Do you need to be concerned if the car battery light flashes?

Remember that the battery is essential for starting the engine and for powering other electrical components in the automobile, so don’t neglect it. That is why it is important to have your automobile looked at by a qualified mechanic if you notice that the battery indicator is blinking.

Can a blinking car battery light mean problems only with the battery? 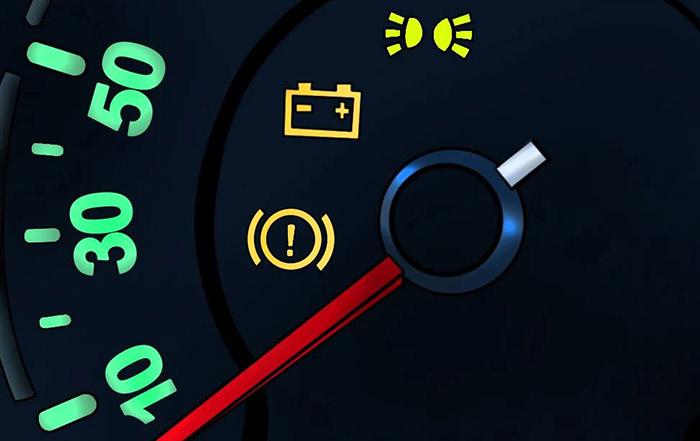 If your car’s battery light is flashing, it doesn’t necessarily mean your battery is dead. The alternator, voltage regulator, or the wires could potentially be to blame if the vehicle is unable to start.

You may have an issue with your charging system if your battery appears to be in good condition but is still not charging.

Can I drive with a blinking car battery light?

You can drive, but only for a short period of time. A flickering automobile battery indicator indicates that your battery is nearing the end of its life. As a result, even though you will be able to drive your vehicle, the battery will eventually run out and your vehicle will stall.

Can a faulty ECU cause a car battery light to flash?

The battery light can blink if the ECU is malfunctioning. The engine’s electronic control unit (ECU) is responsible for controlling a variety of actuators to maintain optimal engine performance.

Battery light will blink if the ECU identifies an issue with the quantity of current being supplied by the alternator.

Your automobile battery light is blinking if the battery isn’t being charged, and you need to take action quickly.

If you don’t solve the problem promptly, you could end up with a stalled car at any time. Flashing of the battery light can be caused by a number of different things. Get it checked out by a professional mechanic to find out what’s wrong.