If you watch the news, you’ve probably seen a lot of ISIS propaganda videos that show large groups of pickup trucks and SUVs filled with militants and a lot of weapons. Almost the whole fleet is made up of Toyotas, and most of them are the Hilux, which is a slimmer version of the US-made Tacoma. Ever wonder why people are so crazy about Toyota?

The Hilux should be killed.

It can’t be fixed with spare parts.

They could use simple tools like spanners, hammers, WD-40, etc.

So what did they do to it?

It was pushed down the stairs.

Hit a tree with it.

Five hours of drowning it in salty sea water

It went through a wooden house in the middle of nowhere.

A caravan was dropped on it.

Use a wrecking ball to hit it several times.

It was left on the roof of a 240-foot-tall building that was about to be torn down. When the fireworks started, gravity did its thing. 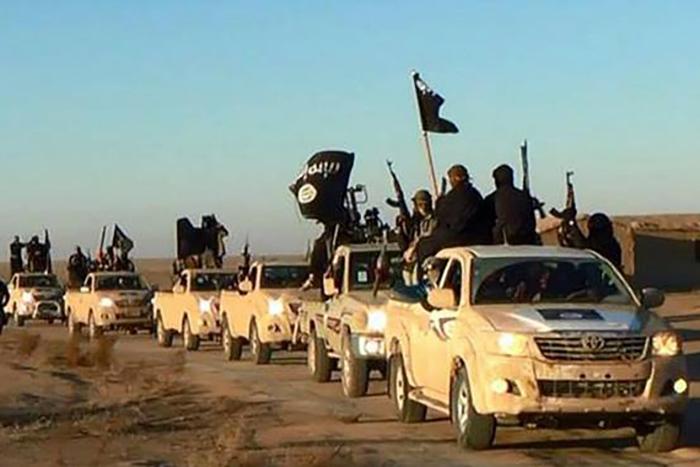 Of course. Not only did it start, but it could also move. Well, the body itself had to help the chassis, which is supposed to hold the body together. Everything was fine with the truck. That kind of abuse could only be done to a Toyota and still make it work.

Toyota told all of their dealerships not to sell SUVs to anyone if they saw signs that the vehicle had been changed for military use. This was done to keep the vehicles out of the hands of terrorists.

Another example of a 2007 Tundra that was driven by Victor in Louisiana, US. In just eight years, he drove the car a million miles (16 lakh kilometres). And it’s not like they did all of that on a treadmill. He did it while working for his boss and carrying barrels of oil and heavy pumps.

At 770,000 miles (12.4 lakh km), the truck’s transmission was fixed instead of replaced because the reverse gear wouldn’t work. Both the water pump and the alternator were broken and needed to be fixed. All of the work on the truck was done at just one dealership. Victor is a big guy if you can see him in the video. A lot of getting in and out of the seat should have torn the fabric, but other than a small tear and some smudges, it was almost as good as new. The inside was in great shape for a work truck.

The only thing the owner didn’t like was that the clips on the sun visor were a little loose after being used so much.

As soon as the Tundra and Tacoma project’s chief engineer heard about the truck, he got permission to buy it so he could study it more. He wanted to take it apart and look for signs of wear and tear on the Tundra’s parts. The chief engineer was going to look at everything, from the foam in the seat to the nuts and bolts. All of this information should help them make their cars even safer.

Toyota gave the owner a miniature version of his 2007 Tundra and a brand-new, full-size Tundra.

What does it mean for me?

If I’m looking for a car that goes from Point A to Point B, I expect to be pointed in one of two directions:

Is it too much to ask for both?

Their cars are very trustworthy. Because of this, you’ll see a lot of Innovas and Camrys with yellow licence plates. Their partner dealerships also help make sure that every customer has the same experience everywhere. It’s almost always a wonderful time. First, their cars don’t break down very often. When that happens, the company and its dealers go the extra mile to make the customer happy. It does help. When it’s time to get a new car, most Toyota owners don’t look anywhere else.

There is a big difference between how much it costs to service a Camry and a German luxury car that costs the same amount. Regular service for a Camry costs Rs. 5,000, but for a German car, it could cost anywhere from Rs. 20,000 to Rs.

The only problem is that there is nothing in the luxury segment that promises to be easy to own for decades. When Toyota’s luxury brand Lexus comes to India, that part of the puzzle will be finished.

What Is Muffler Delete?
Effects Of Motor Oil On Skin
Can You Push Start An Automatic Car
2018 Lexus NX 300h Price 60 Lakh