When your car’s hood gets stuck, it’s really inconvenient, especially if you need to do maintenance work underneath. Achieving access doesn’t have to be expensive or complicated, and learning how to keep this problem from recurring can save you from having to deal with it again in the future.

Because we’ll cover all you need to know about getting back into your vehicle’s engine compartment, as well as some useful information you may not have previously known about the inner workings of your vehicle’s hood, in this post, we’re confident that we can help you. 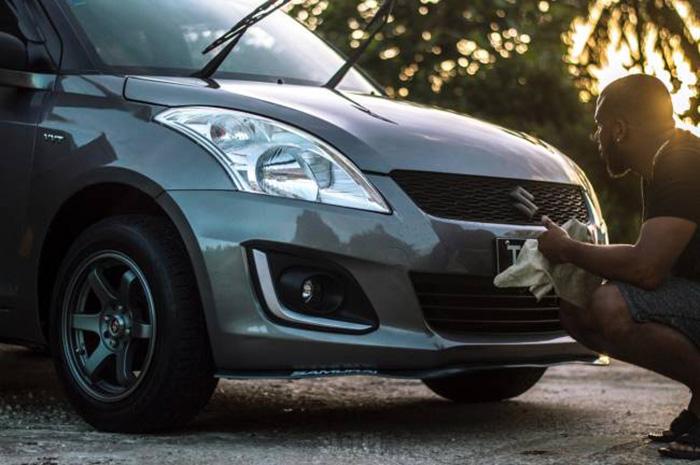 A vehicle’s hood (also known as the bonnet) is primarily made of aluminum or steel and serves as a safeguard for the engine and other internal components. When the hinges stop working properly, you’ll be unable to get to your car’s engine — a worrying thought.

Almost all cars have a hook release mechanism built in. Any time you can’t figure out where to find your vehicle’s hood lock handle, consult your owner’s manual for more detailed information about the precise model you have.

The hood release can be found behind the grille or bumper on older versions of automobiles. To open the hood, feel behind the grilles for a handle, button, arm, or lever that you can pull to free the hood latches.

This will open your hood partially, but it’s normally locked by a safety feature lock or metal leaver that requires movement to one side to fully open and gain access to the engine, so you’ll need to go to the other side.

To keep your hood open while driving with both hands free, most cars have a long, thin metal rod on either side of the vehicle. This rod may be raised and slid into a pre-cut hole.

Why Won’t My Car Hood Open? 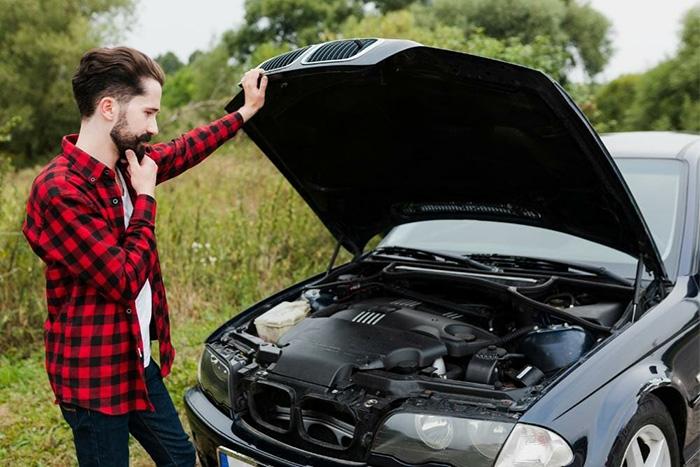 When the hood of your car won’t open, one of three basic components is to blame. It’s called a hood latch or hood release handle. Here’s how to figure out who’s to fault so you can obtain the assistance you require.

Your vehicle’s release handle is normally found on the driver’s side of the dashboard. They are composed of plastic and will be marked with some type of identification. Your hood will not open if this handle is loose or broken; instead, this handle pulls on the release cord to open your vehicle.

This could be caused by a broken release cable, a disconnected cable, or a cable that has been stretched beyond its breaking point. Unlike a bike brake cable, the hood release cable consists of a protective outer casing and an inside braided metal wire that is strong enough to pull and raise your hood latch.

Finally, the hood latch is hidden inside the hood and is rarely the source of a malfunctioning hood’s problems. The hood is held in place by a spring-loaded latch.

For the most part, the hood latch isn’t to blame for preventing you from getting under your car’s hood unless your automobile has been in an accident or you know that it has a history of being damaged. A little WD40 or tightening up can fix a latch that’s come undone, jammed, or otherwise misaligned.

How To Prevent Your Hood From Jamming

It’s possible to keep your hood from jamming, but it’s more likely to happen when you least anticipate it and haven’t offered any warning signs.

Even though the three primary mechanisms responsible for opening and shutting your hood are straightforward, did you know that there are a few easy ways to ensure that they are working properly?

If your latch feels particularly tight or stuck, you may simply prevent this by spraying it with WD40 to soften it up. You should get the cable checked to determine if it is worn out and needs to be replaced if the handle in your car doesn’t feel like it is pushing the cable as hard as you remember it doing.

Finally, if you detect that your cable is broken or about to break, have it replaced as soon as possible to avoid becoming locked out of your hood and risking more damage to your car.. 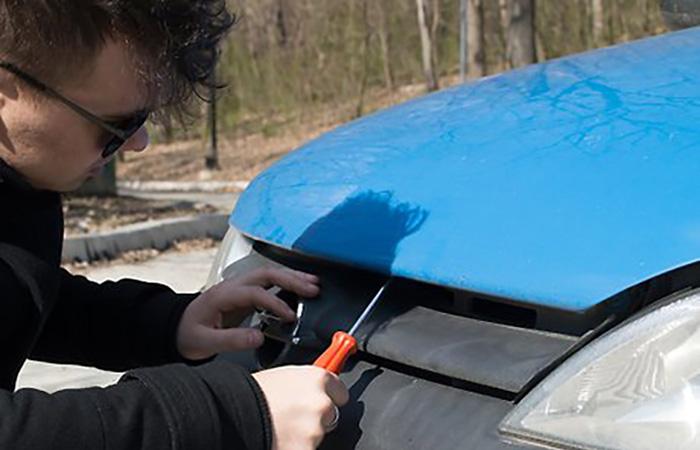 Assuming you’ve gathered all the necessary data to figure out what’s wrong beneath your car’s hood, here are your options for getting back in there.

It’s highly likely that your hood latch is stuck or seized if the release handle pulls and the cable has good resistance. That can be remedied in the following manner.

When it’s chilly outside, the mechanisms inside your hood that open it may freeze, making it difficult to do so. Wait for your car to warm up before attempting the test again to see whether the heat helps to free up your automobile’s internal components.

How To Fix Cable Faults

You can easily replace your hood release cable at home if it is damaged or malfunctioning.

How much does it cost to replace a hood release?

The average cost of a new hood is between $90 and $400. All of this is subject to change based on the model and year of your car.

Is it safe to drive with a broken hood latch?

If you discover that your hood latch is broken, it is not an emergency replacement, which means that you can safely drive your car if you do not require access to the underneath. In most cases, you will be able to put off having the problem rectified until your next scheduled service.

What is a hood release cable?

Because there is no outside release for the hood release cable, you must use the cable to safely open the hood of your car.

How hard is it to replace a hood cable?

For the most part, installing a hood cable isn’t difficult, but if you don’t know your car well, it can be challenging. A hole in the driver’s side headlight provides access to the top radiator.

What do you do if your hood flies up while driving?

If your hood flies up while you’re driving, slow down and stare through any gaps or windows you can, or just put your head out the window until you locate a safe location to pull over and stop your vehicle.

Why is my hood not closing all the way?

Most of the time, something is blocking the latch from locking shut, causing the hood to refuse to close completely. As a last resort, your latch could be crooked and need to be straightened.

If you know where to look on your vehicle, diagnosing a problem with the hood of your automobile is a piece of cake. If your car’s hood is jammed, stuck, or broken, following the instructions in this article can help you find and solve the problem. A qualified mechanic should always be called if you’re not confident enough in your abilities to fix your vehicle and avoid any additional harm.

10 Types Of Toyota SUVs That Save On Gasoline
Does Coolant Affect AC?
How To Break A Car Window With A Hammer
Does Bleach Ruin Car Paint?