In your quest to figure out why your engine has been running poorly, you came upon the mass airflow sensor. After disconnecting the MAF sensor, the car seems to run better than it did before. What is the reason for this?

Taking the MAF sensor off of the car and driving it for a few minutes will tell you whether the sensor is malfunctioning and needs to be cleaned or replaced.

This article will explain the workings of the MAF sensor, why it is vital, and why you should not drive without it, even if the car is performing better. It is highly recommended. 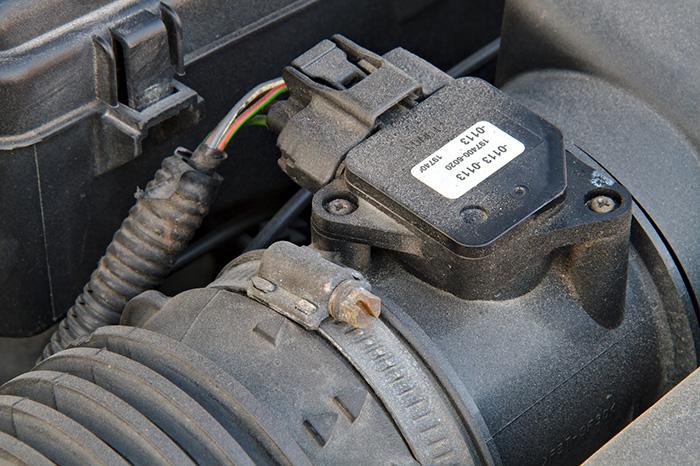 Measurement of airflow to and from the throttle body is done using a mass airflow sensor (MAF). A steady temperature is maintained via a hot wire. You can determine how much air is passing over the wire by measuring how much electrical current is required to heat the wire. A higher airflow requires a higher electrical current.

ECUs that use modern fuel injection systems must be extremely precise, and knowing how much air is available in every millisecond enables them to make regular adjustments to the amount of fuel they inject.

A larger power output is achieved and all of the fuel is used up when the ideal air fuel mixture is used. In order to maximize fuel efficiency and minimize environmental impact, there must be no waste of fuel.

Why Does The MAF Sensor Fail?

Because of its precision and fragility, the MAF sensor is a popular choice for cameras. Because it is positioned behind the air filter, the air flowing over it should be pure. However, an old air filter may not be able to remove all of the particles.

Particles build up on the MAF sensor over time, leading it to give off false readings. The sensor can be cleaned with a special MAF cleaner if the symptoms are minimal, but if unplugging the sensor improves performance, it is time to replace the sensor.

Why Does Unplugging The Sensor Make The Car Run Better? 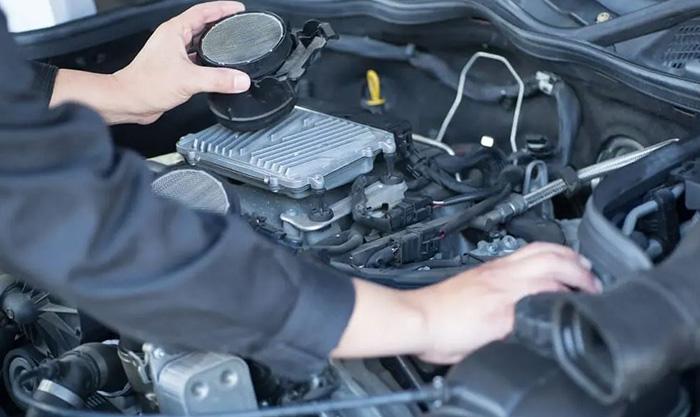 This computer is responsible for processing and handling a wide range of duties, including turning the MAF sensor signal into useable information. The ECU will adjust the air-fuel mixture improperly if the MAF sensor malfunctions, resulting in an overly rich engine.

In contrast, the ECU will recognize unplugging the MAF sensor and put the vehicle into safe/limp mode. The turbocharger will not function, as implied by the name, but you will be able to drive the car.

MAF sensor failure means that the safe/limp mode offers more power than the usual mode. You can try cleaning the sensor first, but it’s unlikely to help.

Should You Drive Without The MAF Sensor?

There is a good chance that the engine may run rich when in the “limp mode,” which is a good thing, but a bad thing. A simple MAF sensor swap can save you from a slew of problems caused by driving in limp mode for hundreds of miles at a time.

How To Change The MAF Sensor 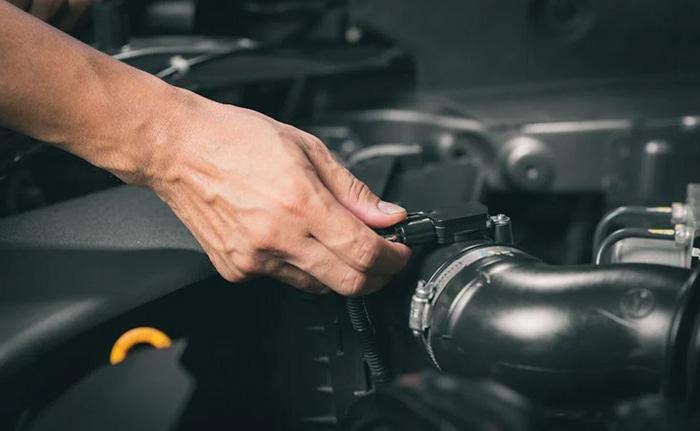 The Amazon Product Advertising API was used to get the prices shown here.

Only basic tools and about 10 minutes of your time are needed to replace the MAF sensor. If you contact the hot wire of the new MAF sensor, you could tamper with future readings.

The engine may run low or rich as a result of a MAF sensor failure, which could produce a harsh ride. Unplug the MAF sensor and restart the engine to see whether this is the case. You’ve established that the MAF sensor is the source of the issue if it works without a hitch.

What problems can a bad mass airflow sensor cause?

Stagnation, no start-up, limited power, rough running, poor acceleration—all of these symptoms might occur when the mass airflow sensor malfunctions. Even in the cabin, you’ll be able to smell gasoline if the engine is running rich.

How do I reset my mass airflow sensor?

It is not recommended that you reset the MAF sensor before cleaning or replacing it, but if you do, the ECU will automatically delete the problem code. There’s a risk of catastrophic engine damage by simply resetting the MAF sensor without addressing the problem, so the vehicle is in limp mode.

Should I disconnect the battery when cleaning the MAF sensor?

If you’re working on the mass airflow sensor, you don’t need to detach the battery, but it’s a good idea to do so. As with unplugging an appliance from a wall outlet, you should make it a habit to remove the batteries anytime you are working on an engine component.

Can a mass airflow sensor cause transmission problems?

If the MAF sensor isn’t operating properly, the engine will struggle and you may have some sudden gear changes and difficult shifts, but this is a rare occurrence.

Will a bad MAF sensor throw a code?

Because of the inefficient air-fuel mixture caused by a clogged MAF sensor, the vehicle uses more fuel than it should. It is possible to recover the original MPG by cleaning the sensor, but it is not possible to enhance it beyond that point.

The performance issues might be resolved by replacing or cleaning the MAF sensor. You have not solved the problem even if your car runs better without the MAF sensor than it did with it. driving in this state long term is not advised as it could lead to other engine related problems.

Can I Use Shampoo To Wash My Car
What Is The Darkest Tint You Can Legally Get In IN?
Do Manual Transmissions Have Filters
Miles Per Gallon For Dodge Ram 1500