Windscreen wipers are incorporated into the architecture of today’s vehicles to guarantee that the driver can see the road clearly in all weather. These wipers are made to quickly and efficiently remove debris like as ice, snow, and rain from the windshield.

In most countries, driving with the wrong wiper is illegal because the safety of the car is closely related to how clean the windows are.

We’ll go over how to keep these components in good shape and how to get the system up and running again.

When it comes to specific traffic scenarios, windshield wipers might be crucial. They can even save the lives of traffic participants in some cases. A lot of drivers don’t pay enough attention to their windshield wipers. Unfortunately, most people only realize how vital they are when something goes wrong or they lose some of their initial effectiveness.

If your windscreen wipers don’t operate correctly or are unclean when driving in inclement weather, such as rain, ice, or a lot of dust, you run the risk of having a serious accident. Having the wipers examined before starting the automobile is a good idea, as well as changing them if necessary.

How do windshield wipers work? 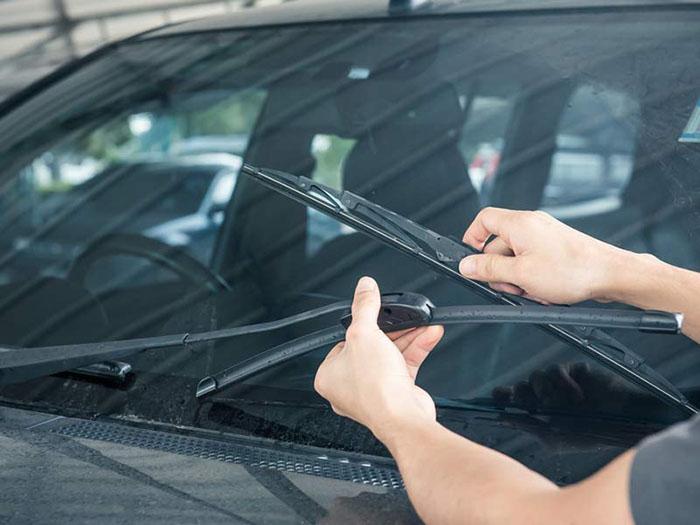 The cleaning system’s execution components are the wipers. Swivel arms with rubber parts attached to the edges of the windscreen are fixed to the surface of the windshield and swivel to follow its contours. The wipers’ synchronized action is ensured by a hinge connecting the ends opposing the arms. A gear reducer is used to control the system, which is fed via a relay. The system’s mode of operation is determined by where the switch is located within the car.

After selecting an operation, the relay contacts access the needed circuit and begin operating at a certain speed, if necessary. The windshield splash system can also be activated at the same time.

The nature of the failure should be carefully examined in order to pin down the exact cause of a component failure. The following scenarios are all too familiar to the majority of car owners:

It is necessary to replace the defective parts in order to fix these issues. In most cases, this requires help from specialists as the parts are placed in a difficult to reach location. Wiper blades, on the other hand, are consumables that can be replaced as part of routine maintenance by any vehicle owner.

How can you replace the windshield wipers yourself? 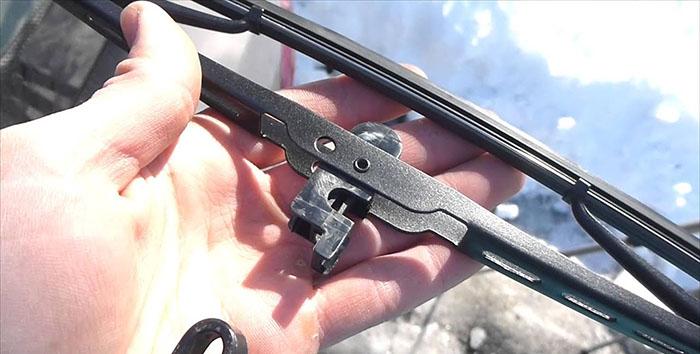 Wipers should be replaced once a year at the very least. Depending on the make and model of the vehicle, the method of replacing a part may be slightly different. It’s not difficult to get a new one. In most cases, the following are enough:

How to avoid premature replacement of wiper blades?

It’s not uncommon for parts to need to be replaced ahead of the manufacturer’s deadline. However, if you want to avoid this, please follow the advice below!

As part of the vehicle’s passive safety system, the wiper blades are critical. The driver of the car, especially in the rain or snow, might become dangerous if these are worn out. This means that every vehicle owner must keep an eye on their wipers and repair them as needed. In addition to extending the life of these components, our recommendations will also allow you to replace them when necessary.

How to know when to change the wipers?

Rubber wiper parts usually disintegrate after a few months of washing your windshield of water, snow, and dust. Rubber stiffens as the temperature drops, and this is most noticeable in the winter. Then it’s more prone to breaking and cracking. If the wipers produce a lot of noise when they are in operation, or if they leave traces on the windscreen, or if they don’t remove the water and contaminants adequately, they should be replaced.

The size of the windshield wipers matters

To begin with, when shopping for new cleaners, examine their size. In order to ensure that the wipers you choose will fit your vehicle, consult the owner’s handbook before making a purchase. The wipers’ size should be specified in this document. Even if this isn’t an option, you can compare the length of your current wipers to the new ones you buy.

When purchasing wipers, you need to consider more than just their size. In most cases, you’ll find a slew of options for the same size when you get to the store. With this information, you will be able to make an informed decision about which wipe is best for you.

Traditionally, wiper blades have a rubber blade attached to a metal frame. Even though they’ll get the job done on most windows, these products aren’t the most effective or long-lasting. As a result, they have difficulty dealing with specific meteorological conditions. Strong winds can lift them, and the wiper frame can become covered in snow and ice throughout the winter, decreasing vision even further. Rusting is another issue with the metal frame.

Winter wipers have a rubber sheath that covers the metal frame, unlike ordinary wipers. Its purpose is to keep the wiper from rusting and accumulating snow and ice.

While more expensive, these wipers offer a better value. They are extremely light and aerodynamically shaped, making them resistant to wind and snow accumulation. The steel spring embedded in the rubber blade replaces the metal frame of conventional wipers. As a result, they are less likely to rust and can exert more force on the windshield.

Using them, you’ll get the best of both worlds: traditional wipers and beam blades. With a metal frame wrapped in rubber or plastic, they are extremely durable. Any form of weather can be easily accommodated by hybrid cleaners.

Changing the windscreen wipers is a common request at our repair shops. Following are the best wipers that we have installed and suggest for your vehicle.