India is a developing country that has always tried to treat all of its people equally and fairly, no matter their gender, caste, or community, in almost every way you can think of. Even in the car business, the same thing is true.

For a long time, people thought that the ideal car owner was a self-sufficient, successful man who would drive around and try to woo everyone he saw on the road. Since then, a lot has changed in the industry, and now it’s not a requirement that a vehicle is only made for men.

Several car companies today focus on making cars that appeal to women as their main market. The number of people who want to buy these kinds of cars has grown a lot, so automakers are trying to get a bigger share of this new market. In the four-wheeler section, we don’t get to see much of this kind of competition, but in the two-wheeler section, we do.

Women-friendly two-wheelers are all the rage in the Indian auto industry right now, and there are so many great cars on the market right now that it can be hard to choose one for yourself or your family. But don’t worry, we’ll take care of you. In this article by Motoring Junction, we’ve put together a detailed list of the best scooters for women on the market, because why should boys have all the fun? 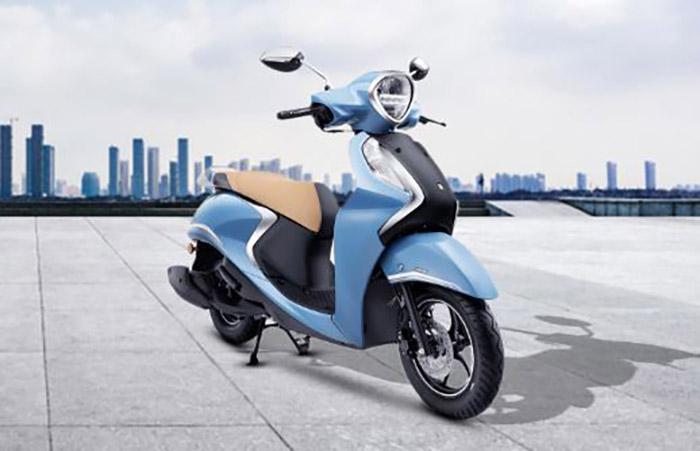 The most recent version of the Fascino from Yamaha came out in January 2020. When this car was first brought to India, many people were not sure if it could live up to the hype Yamaha had built up about it. But Yamaha showed everyone how wrong they were. It can be bought with either a 113cc or 125cc BLUE CORE single-cylinder four-stroke engine.

If the car’s performance alone doesn’t impress you, its perfect design will. The bike comes with both disc brakes and drum brakes and starts at about 68,000 INR, which we think is a steal.

The TVS Scooty was one of the first cars in India that Indian women could say was “made just for them.” The Scooty Zest follows in its modest footsteps and has a beautiful design to go with its 110cc engine, which is smaller but still powerful.

It is also one of the lightest scooters on the market at only 98 Kgs. It even gets 62 km per litre, so it’s great for everyday travel and going to college. 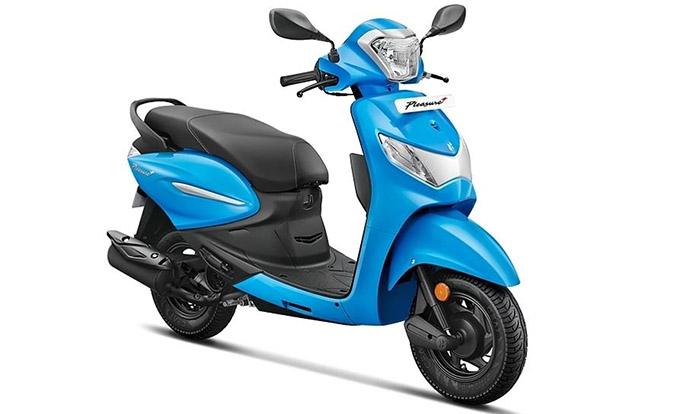 The Hero Pleasure + 110 is an even better version of the very popular Hero Pleasure. The plus version has many improvements that are easy to see on top of what its successful predecessor already had.

The front of the scooter has two storage pockets and a USB charger, so you can stay connected while you’re on the go. The combination brakes and side-stand indicator just add to how good this bike is. This is a great buy for college students.

Every Indian knows that having an Activa is useful and easy. This bike has been on Indian roads for more than five years, and the fact that its number of fans keeps growing shows that it won’t stop any time soon.

The Activa 6G’s classic, wide design, power, extra space, and new BS6 engine make it perfect for almost anyone looking for a scooter, not just women. Even though it is a bit pricey and wouldn’t appeal to college girls, it would be perfect for working women and mothers to carry their work, drop their kids off at school, and store things in the large storage compartment. 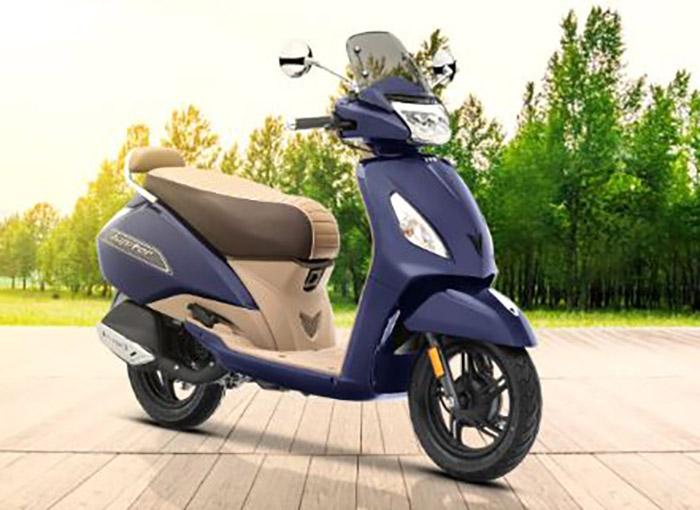 The TVS Jupiter is the second most popular scooter in the country. It comes in a variety of colours and has a simple but bold design. The scooter is perfect for a middle-aged working-class woman because it gets 62kmpl. Its performance is similar to that of the Activa, which is why the two are often compared.

The Dio is a good alternative to a powerful scooter for college students. It works like a 110cc scooter but looks like a more powerful bike like the Activa. The Honda Dio comes in different colours, is easy to carry, and gets about 66kmpl. This one is a no-brainer if you want something stylish and powerful. 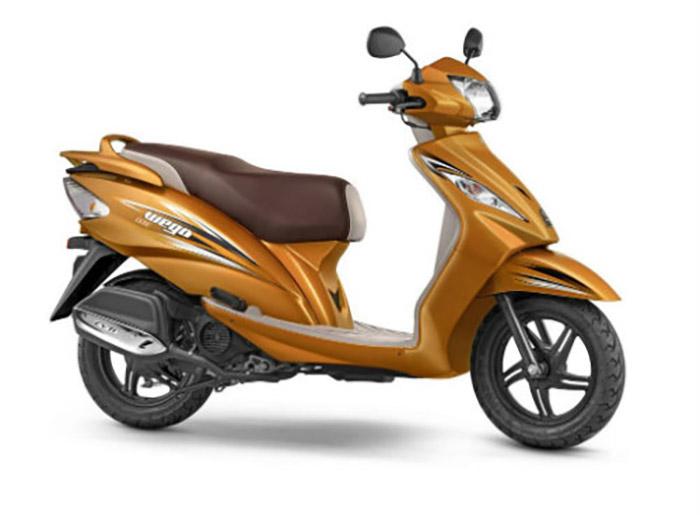 Wego’s body-balancing technology is one of its best features. It helps you stay in control of the bike even when you’re carrying a heavy load or making sharp turns. The technology makes it easier to move around and gives you more grip, so there isn’t much chance of you slipping.

Aside from this, TVS has also added things like Sync-braking, which makes the bike even more stable. The car weighs about 108 kg and gets about 70 km per litre. The only bad thing about it is that it’s small and doesn’t have very much storage space under the seat.

Vespa is a relatively new brand in India. However, in the short time it has been here, the number of people who like it has grown almost exponentially. All of Vespa’s two-wheelers look like they were made for women because they are stylish, have bright colours, and have a design that fits the female personality. The Urban Club 125, also called the UC 125, is no different.

The UC 125 from Vespa comes in a variety of colours and has the brand’s classic look as well as an instrument console. There is also an app well that lets you connect your smartphone. The UC125 is a great scooter for college and work because it has a 125cc engine and a brake system that works with both front and rear brakes. 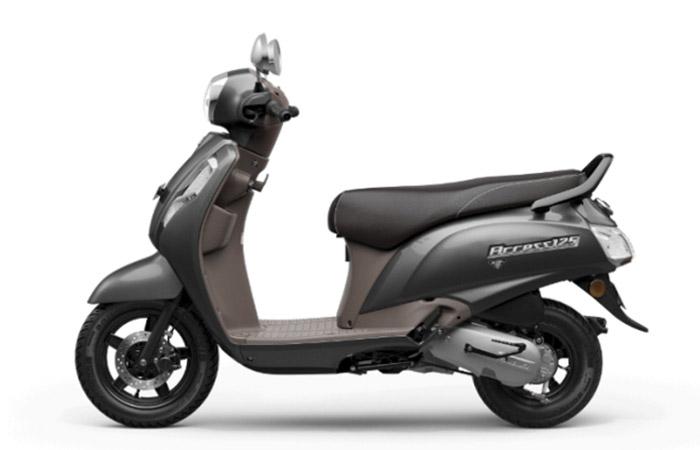 When people in India talk about different bikes, Suzuki is almost always mentioned. The brand has a lot of fans, and the two-wheeler segment is no exception.

The Access 125 has been on the Indian market for a while, just like the Honda Activa. It has a lot of the same features as the Honda.

When the Access 125 comes out in 2020, it will have the much-anticipated BS6 single-cylinder four-stroke engine, two hooks for carrying luggage, and even eco-assist lighting. The bike looks even younger than usual because it has a USB port and alloy wheels.

Yamaha’s Ray is a great car for college students who want a cool, trendy design instead of the plain designs of the Activa and Jupiter, which are made for office work.

The Ray ZR from 2020 comes with a 125cc engine, so you know you’re getting the most for your money. There is also a 21-liter storage space, a system that turns off the engine when the side stand is used, and a fully digital instrument console, all of which come in very handy on long trips. If you’re in college and you’re reading this, stop reading. This bike is perfect for you.

Common Causes Of Flashing Brake Light Blinking
What Wheels From Other Vehicles Will Fit Your Car
Is The Ford Edge Good In Snow?
How Long do Split CV Boots Last?