It is not a simple process to replace an engine. To help you decide whether or not to repair or replace your car’s engine, we’ve put up a step-by-step guide.This author has been thoroughly vetted and is qualified to write about this subject matter. Learn more about us by visiting our website’s “About Us” page.The thought of having to replace a car’s engine might be a frightening idea for many drivers.Here, we’ll discuss how long it takes to replace an engine and what you should consider before doing so.

What Determines The Time Of An Engine Replacement?

Timing for an engine replacement is determined by a variety of factors.The model of the vehicle and the architecture of the engine are critical considerations. In addition, there are the following aspects to consider:

Size of the power plant 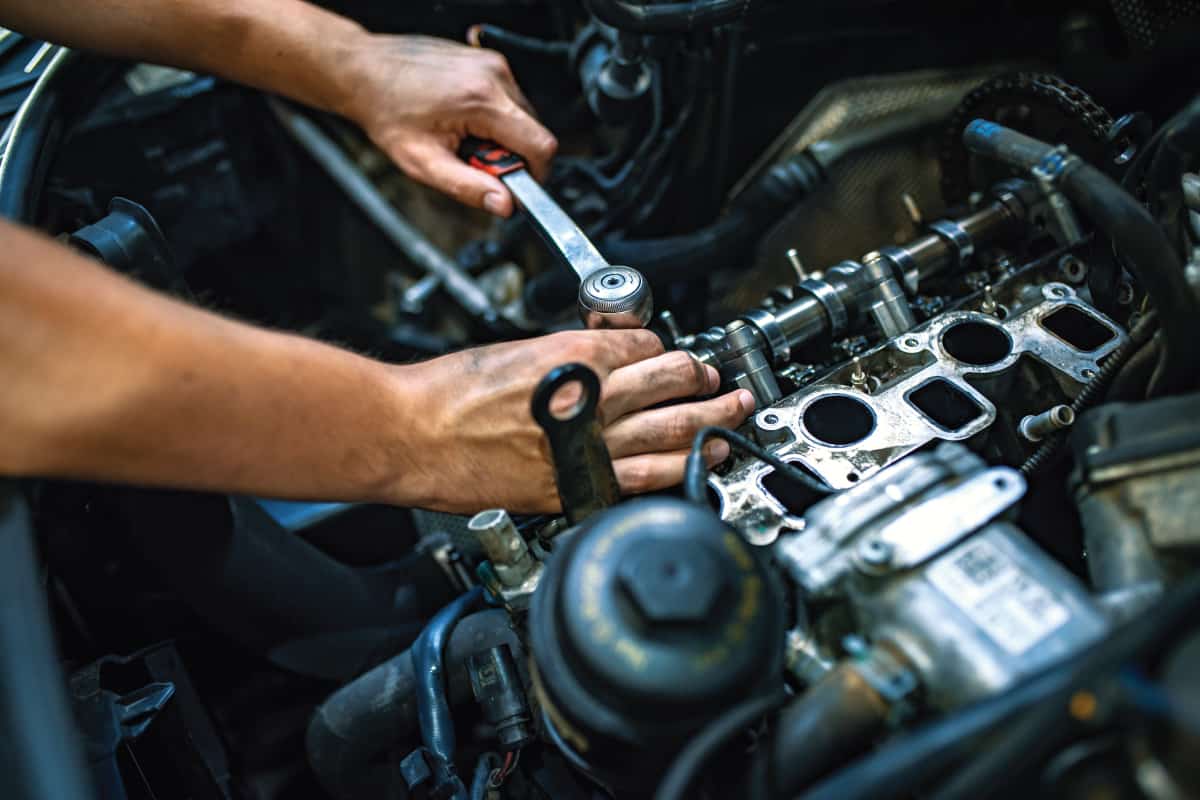 The time it takes to replace a car engine is heavily influenced by the model of the vehicle.Different car models have vastly different engine access. Compared to a rear- or mid-engine car, most cars have their engine towards the front, making it easier to deal with.The engine compartment of larger vehicles, such as SUVs, typically has greater space surrounding it, making it easier to maneuver and utilize tools.

There are many various engine layouts to choose from, just like there are many distinct automobile types.Accessibility to the vehicle is a major factor in this.Transverse and longitudinal engine layouts are the most common.In front-wheel-drive vehicles, a transverse engine arrangement is the most common type. The biggest benefit is that the engine has greater room without affecting the car’s overall length or the interior space.Because the engine compartment of a transverse engine is smaller, it makes engine replacement more difficult.On the other hand, most front-engine, rear-wheel-drive cars have a longitudinal engine configuration.The cabin size, automobile length, or both are all included in the layout. A longitudinal layout is easier to work with than a transverse layout, which means less effort for a replacement.

Replace an engine, and its size matters a lot. There are more parts, more bolts, and a greater weight to go along with a larger engine. A larger engine means less room in the engine compartment and a more difficult time removing the necessary components, as does the engine layout.

Not only should you think about the original engine’s dimensions and arrangement, but you should also think about the replacement engine. A new engine need not be identical to the old one in terms of displacement, power output, or even manufacturer to be a viable replacement. Installing a new engine will be much simpler if it is similar to the old one. If the engine is too big, it will require a lot of labor to get it to fit and function effectively. Other systems, such as cooling, mounting, drivetrain, and so on, must be taken into account as well. The time it takes to modify an engine to match your vehicle will increase significantly.

An engine replacement necessitates technical expertise as well as the appropriate equipment. Although a limited range of tools can be used to replace an engine, the correct equipment is invaluable. A ratchet wrench set, an engine hoist, an impact cannon and a breaker bar are among the various instruments that make the job easier. 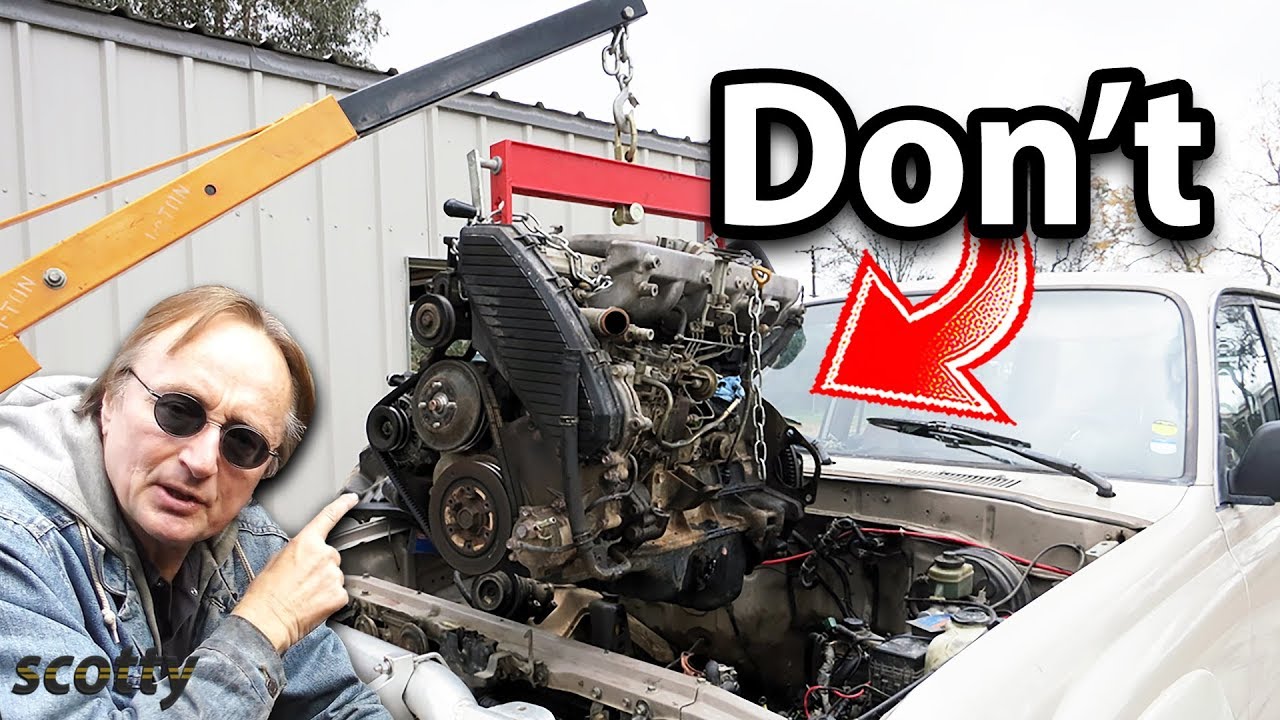 It doesn’t matter if the project is big or small; you can always handle it yourself. The replacement of an engine necessitates a significant amount of expertise as well as considerable time. You can replace the engine on your own if you’ve worked on cars before and are confident in your abilities. The price of a new engine is a crucial consideration when deciding whether or not to do it yourself. The labor costs associated with changing an engine can be extremely costly due to the lengthy nature of the process.

If you’re swapping in an engine that wasn’t made for your vehicle, this is very important to keep in mind. A professional technician, on the other hand, will bring a wealth of knowledge and expertise to the task of changing an engine, as there are numerous potential pitfalls. Depending on the location, competence, and other considerations such as whether it is an independent shop or a dealership, the labor costs for professional shops can vary widely.

Should You Rebuild Or Replace An Engine?

Repairing rather than replacing a damaged engine is generally more cost effective. However, in some cases, a complete engine replacement is the best option. If the damage is substantial and you can find a new engine at a reasonable price, you should proceed with the replacement. Rebuilding or replacing only a few parts is the better option.

A new engine installation can take anywhere from four to fifteen hours, depending on the situation. There are many variables that affect the time it takes to replace an engine, but in general it takes roughly 8 hours to replace an engine. In the event that your previous engine has broken down, the ideal option is to go with the same type of engine because the installation will be a lot faster and quicker.In order to get the new engine to run correctly, it is likely that a number of adjustments will have to be made to the vehicle in order for it to fit and function properly. However, there are numerous things that can go wrong when rebuilding an engine. If the damage to the engine is not too severe, we recommend that you have it rebuilt.

The most dependable, but most expensive, alternative is a brand-new engine. You should expect to pay between $550 and $850 in labor costs alone if you hire a professional to replace your engine.

Oil Coming Out Of Breather Tube: Why It Is
10 Types Of Toyota SUVs That Save On Gasoline
Why Car Hood Won’t Close
How Much Rhodium Is In A Catalytic Converter