Rust is one of the most dreadful things that can happen to a vehicle’s engine. As a result, you can see that when a vehicle is completely covered in rust, a full restoration seems impossible. It’s also what causes all vehicles to lose value over time. That’s why rust in a gas tank’s internals might raise some concerns. What may be the reason for this?

What actually happens if a gas tank is rusted? Having rust in a gas tank can cause so much damage to the engine and the fuel system that the vehicle is rendered useless. Because rust in a gas tank contaminates the fuel, alters the flow of the fuel, and eventually causes significant damage to the entire vehicle, this is the main reason. The sooner you remove the rust from your vehicle, the better off you’ll be. It’s also a good idea to keep it out of your petrol tank. But how can you deal with it, and what is the reason of it?

Here, you’ll learn all you need to know about rust and how it could affect your gas tank. You’ll see how critical it is to take steps to avoid this and how to deal with it if it does occur to you. Let’s get started, shall we?

What Causes Rust in the Gas Tank?

Rust in a gas tank is primarily the result of moisture that has been allowed to enter and remain within the tank. Because gas tanks are mostly comprised of metal, any water that comes into contact with them can cause corrosion. Extreme heat can cause water to enter gas tanks, which can lead to a buildup of moisture. Due to the combination of water and heat, condensation occurs and rust forms on the metal.

It is possible for water to get trapped in the gas tank for extended periods of time, causing corrosion. As a result, if not properly cared for, your gas tank may rust and corrode over time. This is why you may be curious in the effects of corrosion on a gas tank.

What Happens When You Have a Rusty Gas Tank?

Many serious health and performance difficulties can arise when rust develops in the gas tank, which is why it’s so important to keep it clean. This is what happens if your gas tank is rusted. 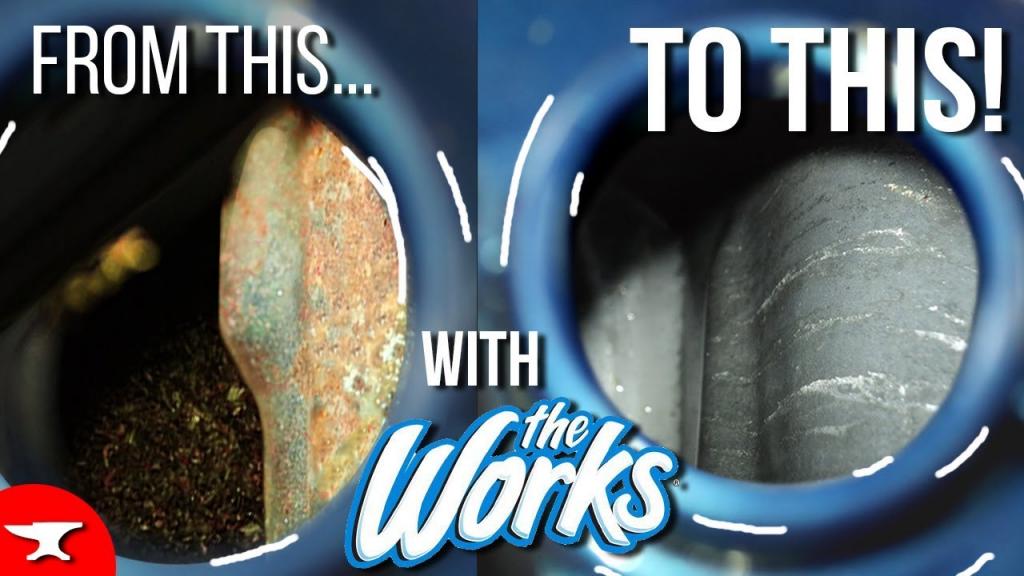 Rust in a fuel tank has the potential to spread and enter the fuel supply lines. Once this occurs, fuel may not flow as smoothly as it should. As a result, your engine’s performance may suffer as a result of improper fuel distribution.

An old gas tank’s corrosion may contaminate its contents, causing a loss of performance. Because of this, poor performance is caused by combustion of rust and fuel mixtures.

Degradation of Tank and Fuel Lines

Fuel tank and fuel line wear can be accelerated by rust in the tank. Therefore, if you ignore the rust and let the corrosion to ruin your tank, it may be too late.

How Do You Clean and Seal a Rusty Gas Tank?

You can use fuel additives to protect your vehicle from damage, but they won’t stop the rusting. A rusted gas tank can be remedied by cleaning it thoroughly, removing the rust, and then sealing it properly to prevent moisture from entering. Who knows what you could come up with to do this? You can clean and seal a rusty gas tank in one of four methods. And now for a look at them individually.

Electric current can be used to separate materials by passing an ionic substance across electrodes. You will need a 12V battery, a piece of iron, and sodium carbonate. In addition to tiny items, electrolysis can be used to remove rust from a gas tank with modest adjustments. When connecting and disconnecting the power source, use caution and ensure that the ferrous metal does not touch the edge of the gas tank.

After removing the rust, make sure to carefully seal the area to keep it from rusting again.

Many people use abrasive treatments to remove the rust off gas tanks. There are numerous abrasive substances that can be used to remove rust. Some common abrasives for this purpose are:
Get rid of loose screws and nuts. Uncolored sand BBs
Peas or gravel for the aquarium. It is necessary to remove the gas tank first before using an abrasive to ensure that all of the gravel in the tank has been removed. Swirling the abrasive substance in a liquid, such as water or a mixture of soap and water, is the most common method for removing rust pieces.

Rust-removing chemicals can range from vinegar and baking soda to muriatic acid and isopropyl alcohol, which generate a foamy chemical reaction. It is possible to remove rust by using a mixture of abrasives and chemicals, but make sure the materials you use are safe and won’t harm your gas tank. Also, always dilute the material to prevent damage to your gas tank. Remember that. Muriatic acid-based cleaners should be avoided if your gas tank has (or may contain) brazing. This is because the acid can eat away at the metal before it completely removes the corrosion.

Use of Chemical Resealing Treatments

You can find other rust removal and re-sealing products. It’s possible that they won’t assist if the rust is more serious. Manufacturers are also emphasizing compatibility with alternative fuels like ethanol. Chemical resealing procedures can be easy to find at your local auto parts store, but they can be expensive. It’s possible that you’ll have to go through the process multiple times. 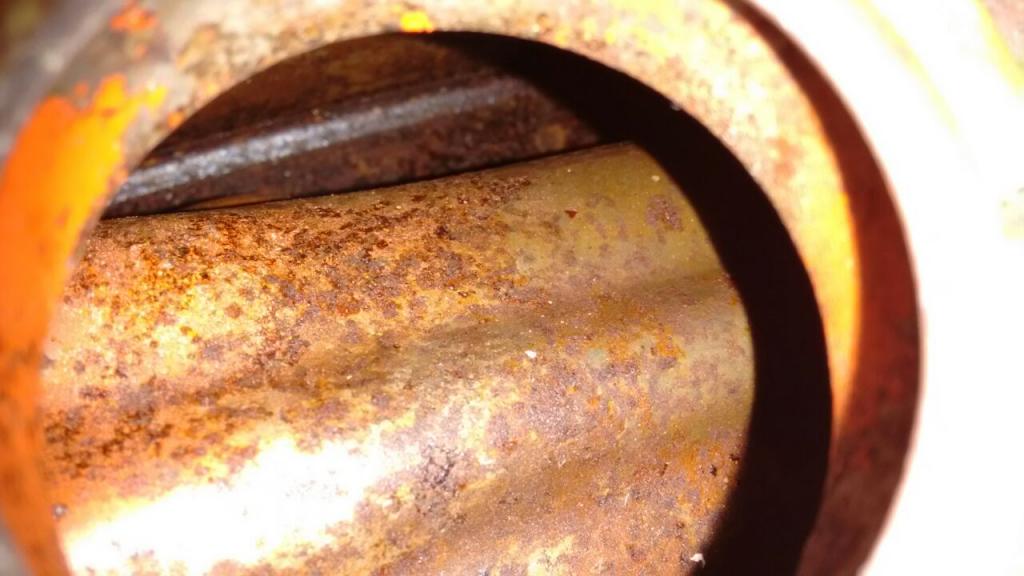 What Cleans Rust Out of the Gas Tank?

For gas tank rust removal, the following items can be good choices for you:

Using this solution, you may remove rust from your gas tank in only a few minutes with an environmentally safe product. Since this solution is water-based, the only thing you need to do after using it is let your gas tank air dry.

It’s also non-toxic, non-corrosive, biodegradable, and suitable for contact with the eyes and skin. Because it doesn’t contain any solvents, acids, or other potentially dangerous substances, the product doesn’t emit any fumes or aromas. In addition to automotive parts, it can also be used to clean metal tools in the home. Here’s a direct link to the item.

Restoring ancient metal items like your gas tank can be done with this substance, which dissolves rust. For rusting in your gas tank, this product has an industrial-strength quality and a deep penetration. Without the use of acids or other dangerous chemicals, it helps remove rust. This substance is commonly used for automobile restoration, which makes it suitable for your gas tank. A link to the product is provided here.

Oxalic Acid is a common solution for corrosion problems. Because of this, if your gas tank is rusting out, you might want to try utilizing this product. It’s a great product for removing rust, as well as for removing stains and other difficulties. A link to the product is provided here.

This product, like the others, is meant to make it easier for people to eliminate rust. This is a terrific product because it won’t harm plastic, PVC, or even paints, making it fully safe. The rust within your gas tank may be safely removed with this non-corrosive substance. A link to the product is provided here.

A gas tank rust remover that adheres to and penetrates deep into the rusted areas is what this product does. Furthermore, it’s safe for the metals in the gas tank because it doesn’t harm them when removing the rust. One of the advantages of this product is that it removes rust rapidly and easily. A link to the product is provided here.

A substance that can assist seal your tank to prevent moisture from entering and developing rust again is needed as soon as the rust is removed. Pinholes and seams can be sealed using this sealant, which is also chemically resistant. As a result, your gas tank will be safe and sound for a long time. A link to the product is provided here. 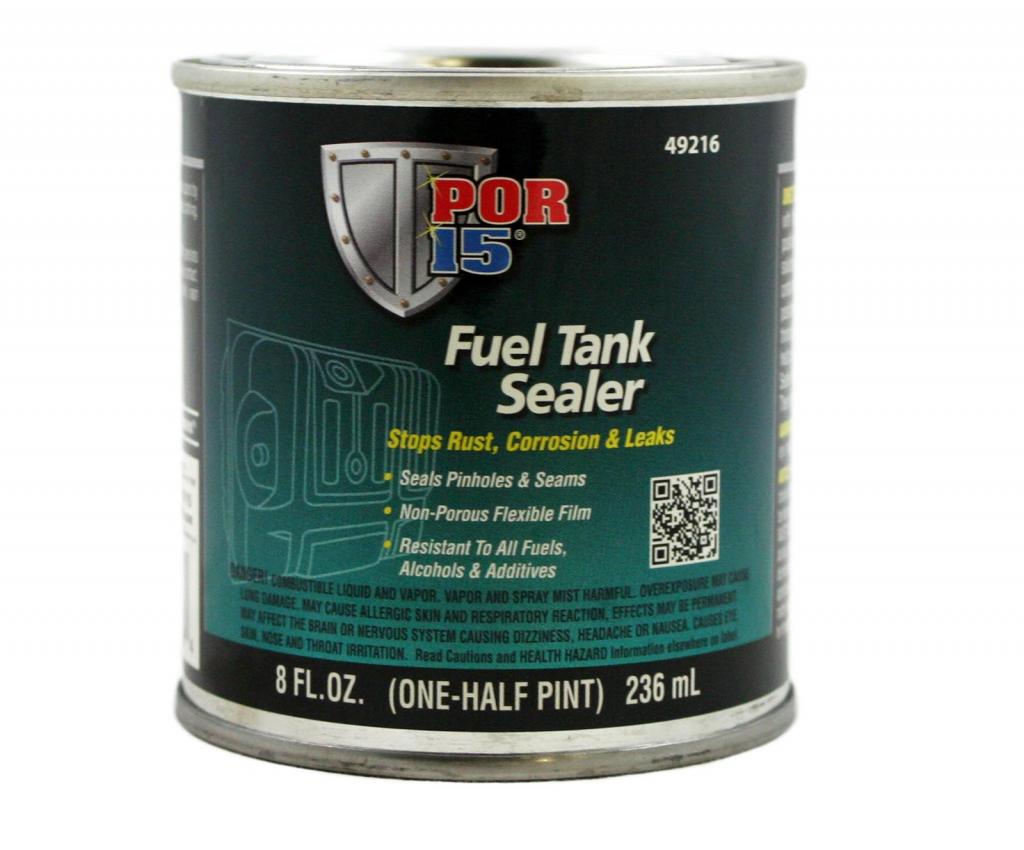 Overall, rust is a real pain in the neck for any car’s gas tank. Damage to an automobile’s engine and fuel system as a result of gas tank rust is severe enough to render a vehicle inoperable. Forcing the fuel flow to be disrupted by rust will eventually cause the entire car to fail. As a result, getting rid of the rust as soon as feasible is critical. The only way to do this is to remove the tank, properly clean and remove all of the rust, and then thoroughly seal it. You can avoid future rust buildup by doing so.