There are a lot of new cars for sale at different car lots. But the dealers might not be able to sell all of those cars. “Unsold cars” is the name for these kinds of cars.

You may be wondering what happens to cars like this. The dealer has to find other ways to get their money back and maybe even make a profit.

The dealerships have a number of ways to sell these cars, but not at their list price. Keep reading to find out how to get rid of the cars that didn’t sell.

Car dealerships buy cars from different manufacturers and sell them to other people. Like any other business, their goal is to make money.

When a car isn’t sold for a long time, the dealer has to pay the “carrying cost.” So, to avoid this cost, the dealers try to sell the car quickly.

The rate at which their cars “turn” can be used to rank the biggest dealers that are on the stock market. How quickly a dealer can sell a car to a customer is called its “turn.”

Most old-fashioned car dealers don’t let their employees lower the price of a car. So, their “turn” rate goes down, so they have a lot of cars sitting around. When this happens, the dealership doesn’t make much or any money because of the costs of keeping the car.

But a lot of cars don’t last long on the dealer’s lot. The few cars that stay on the lot for a long time have different colours and tools.

So, the models of these cars become old but still stand out. Some people really like old car models. As people buy them, there are less of them, so the demand goes up. So, the dealership might end up making a good amount of money.

Vehicle’s Timeline at the Dealership 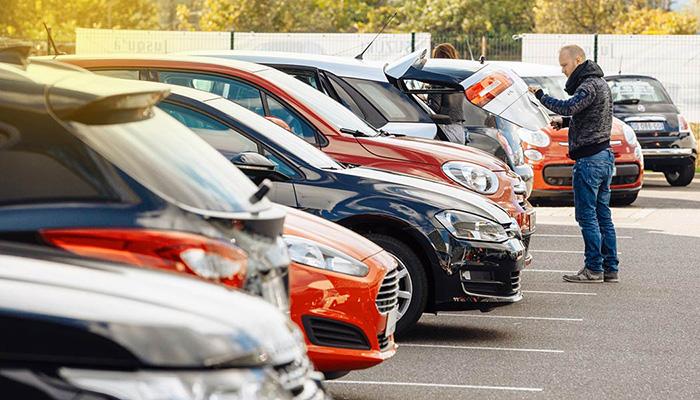 Most car dealerships keep a brand-new car for about two years. After that, they decide what the next step should be.

Even though the car is brand new, it has been around for two years. Most likely, it’s been made obsolete by newer models. So, potential customers might think there’s something wrong with it.

So, the dealership must find other ways to get rid of cars that haven’t sold. Here are some of the most frequent things people do.

Most car dealers’ first step is to try to sell the cars at employee prices. Employee pricing is the price that the dealership gives to its own workers. But this price must be less than what’s on the list.

Some dealerships might cut the original price by 20 percent or more. They may also be able to offer special financing plans.

For example, they can sell the car with no interest on the purchase. Since these packages are cheaper, more people buy them on the market. The dealer could sell the car to one of their own workers or to anyone else.

Sometimes, it’s too much for the dealer to keep the car on the lot any longer. The carrying cost causes these problems. Also, the dealer may need more room to store the new cars.

So, they temporarily put cars that haven’t sold in a storage lot. Most dealers rent out big lots to store the thousands of cars they haven’t sold yet. The cars just sit there while the dealer waits for people who might want to buy them.

Some dealerships might decide to add the cars that didn’t sell to their fleet of service loaners. These are the cars that the dealership lends to people who come in for service. In these cases, the customer who wants to buy the car drives it while they pay for it.

Also, staff demos are another way to get rid of the older new car. When this happens, the dealerships let their employees drive the cars.

Then, the dealer changes these cars from new to used. Also, they lower the price to sell them. So, the staff demo cars and service loaner cars are great.

Even though staff demo cars aren’t new, they are well taken care of and haven’t been driven much. People who are allowed to use them are very careful. They can’t take road trips in those cars. So, these cars are still in great shape and are great for people who want to save money.

When these “used” cars don’t sell, the next step is to put them up for auction. Car auctions, on the other hand, are only for registered dealers.

But if dealers choose this method, they might lose money. Still, this is a good thing for them to do. First, it keeps them from having to pay to keep the car. Also, it helps make room for new cars on their lot.

There are two different kinds of auctions: closed and open. At a public auction, any dealer who is allowed to trade can do so. No matter how old or new the car is, it doesn’t matter. Also, you can sell any brand of car at this type of auction.

But closed auctions can’t do everything they want to do. They only let franchises of dealerships sell a certain brand.

For example, Honda may hold different auctions every month. So, they can make it so that only Honda dealers can use it.

On the other hand, dealers can sell cars they don’t want to keep at open auctions. Most cars that don’t sell end up in this type of auction.

Most used car lots get their cars from open auctions. These car dealers offer better deals, which brings in a lot of potential buyers. Also, they have a larger number of customers who want to buy these kinds of cars.

Most people who buy cars from big dealers go for brand-new ones that were just made. Because of this, bigger dealers must use these options to make more lots. Also, they might sell the cars that haven’t been bought to a company that rents cars.

Donation is another way that most car dealers get rid of cars that haven’t been sold. They give cars to organisations that do good work. Then, the dealer takes the tax write-off for the worst-case scenario.

How to get a fantastic deal for your next car 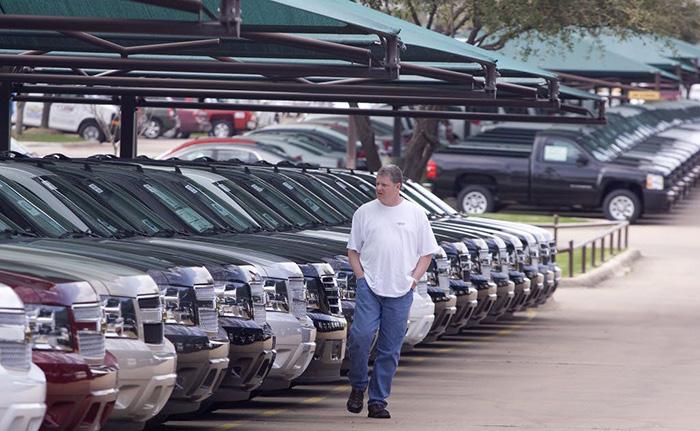 You can save a lot of money by buying cars that haven’t been sold. Since these cars are new, they will last you a long time.

So, you can save a lot of money if you don’t need a new car. But you have to be patient because this clearing happens around September or October. Here are some ways to get the best price on your next car.

First, you should find out as much as you can about the car you want to buy. With this information, you’ll be able to figure out how much the car is worth. Kelley Blue Book, Edmunds, and the National Automobile Dealers Association are all great places to find out how much a car is worth.

Also, you should know how much money you have. It’s important for your negotiations.

If you go to the dealer at the right time, you might be able to get a great deal. You should go to the dealership or set up an appointment during the week. So, you’ll be better able to ask questions and test drive the car.

You should also pay attention to the dealership’s hours. Make sure you get there on time so that the salespeople aren’t rushing around. When a salesperson is calm, their mind is at ease. This makes it easy to make a deal.

Get it in writing

Sometimes, a salesperson can make promises to cause you to sign a contract. So, you should write down all the offers that are made. With a verbal promise, the salesperson could forget or act like they don’t remember.

Make sure you understand everything in the contract before you sign it. If you do this, you can avoid hidden costs.

Get a bright car’s overview

Make sure the car is in perfect shape before you drive it off the lot. By doing this, you can avoid having to pay for repairs you don’t need.

So, you can find a qualified mechanic to help you check out your car. A mechanic will figure out what’s wrong with the car and tell you what to do. Also, it’s important to test drive the car before you buy it.

Even if they don’t make money, car dealers have to sell all of their cars. By doing this, they can protect their money.

So, they choose from the different ways they can make sure the cars sell. The first choice is employee pricing. With this option, a car that is sold makes little or no money. The dealer might also decide to store the cars in hopes of selling them soon.

It’s also a way to get the word out about the car, which helps it sell quickly. But they sell it as a used car, even though it’s in great shape.

The dealerships also have the option to hold auctions and give money away. Most of the time, these choices don’t make much money.

The good thing about the above choices is that they give you the chance to get great deals. You can get a new car for less money through them.