Since it was first made in 2001, the Duramax engine has become one of the most popular and dependable diesel engines on the market. It has a lot of torque and can do almost anything.

One of the biggest problems with big, powerful diesel engines is that they use a lot of gas. Even though many cars have gotten better at using gas over the years, you can’t say the same thing about cars with Duramax engines.

Where You Can Find a Duramax Diesel Engine 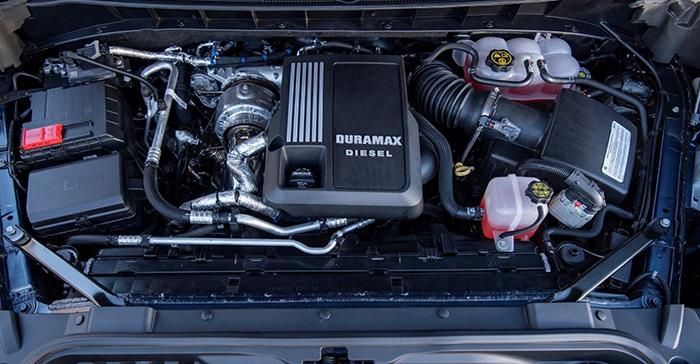 GM makes Duramax engines and has a lot of different vehicle lines. In the United States, Chevys and GMCs are the ones most likely to have Duramax engines. If you go overseas, you can find the same engine in the Isuzu brand, which is owned by GM.

Duramax diesel engines are most often found in the Silverado, Colorado, Sierra, and Canyon. You can also find Duramax engines in the Chevy Express van and the GMC Savana. Even though you probably won’t be hauling a lot of things with a van, having more power and reliability never hurts, especially since vans are so big.

The first GM Duramax diesel engine came out in 2001. It’s the same 6.6-liter engine that’s in the GMC Sierra and Chevy Silverado today, with just a few small changes and improvements. It has a torque of 910 foot-pounds, which makes it one of the most powerful diesel engines you can buy.

But in 2016, General Motors was looking for a Duramax diesel engine that they could put in their midsize trucks to promote the brand. What they came up with is a Duramax diesel that is much smaller. The engine is only 2.8 litres and makes 369 foot-pounds of torque.

Even worse, it has a turbocharged four-cylinder engine, which purists of the Duramax diesel don’t like. Even though both engines have the name “Duramax” on them, they are very different. Both the GMC Canyon and the Chevy Colorado have the smaller Duramax engine.

A Brief History of the Duramax Diesel 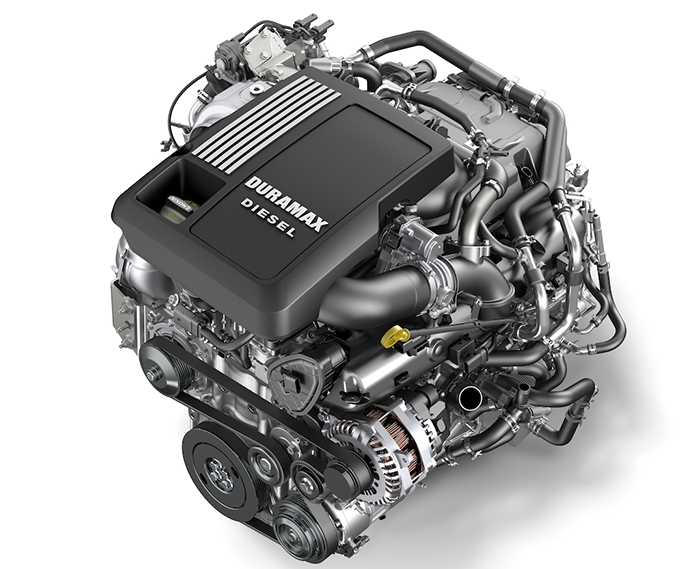 In 1998, GM and Isuzu started working together on something called DMAX. A short year later, GM bought a 49 percent stake in Isuzu, making it the company’s biggest shareholder and giving it control.

In the meantime, a big diesel engine was being made at a factory in Moraine, Ohio. After three years, the 6.6-liter Duramax diesel was introduced as the new engine for both GMC and Chevy in 2001.

They used the design they came out with in 2001 until 2004, when they switched from a composite cylinder head to one made of aluminium. They also made a number of other changes, which together added 70 pounds of torque.

Even though GM and Isuzu made a lot of small changes until 2007, it wasn’t until that year that the engine got another major power boost. At that time, GM changed the engine so that it could make 660 pounds of torque, which is a lot.

Calling it a Duramax is a play on the fact that the bigger engine has been a good marketing tool. The engine is different in every way, and GM makes the 6.8-liter engine in Moraine, Ohio, and the 2.8-liter engine in Rayong, Thailand.

Duramax purists have been upset for years about the smaller engine being called a Duramax, and it’s easy to see why.

Fuel Economy of the 3 Most Common 6.6-Liter Duramax Diesel Trucks

All of the fuel economy numbers come from Fuelly.com. They collect real-time data from real drivers, so you can get an accurate picture of a car’s gas mileage instead of a skewed number from the manufacturer.

Since there aren’t many changes planned for the next few years, it’s hard to think that this trend will change soon.

The GMC Sierra 2500HD is the only one of these cars that has had a steady fuel economy rating. From 2011 to 2015, it couldn’t get more than 14 miles per gallon, but in the last few years, it’s been getting the same mileage as it did in the early 2000s.

You can expect between 14.5 and 15 miles per gallon if you buy a GMC Sierra 2500HD. This is the best gas mileage you can get from a car with a 6.6-liter Duramax diesel engine.

Even though the GMC Sierra 3500HD’s gas mileage has gone down a few times over the years, it has always stayed around 13.5 miles per gallon. Since the 3500HD has a slightly bigger body than the 2500HD, it doesn’t come as a surprise that it gets less gas mileage.

But if you want a bigger truck, the huge 6.6-liter Duramax diesel has more than enough power to get you and whatever you’re hauling from A to B.

Fuel Economy of the 3 Most Common 2.8-Liter Duramax Diesel Trucks

The small Duramax’s gas mileage shouldn’t be compared to that of its big V8 cousin. Since it only has four cylinders and almost 600 pounds less torque, it makes sense that you need to stop at the gas station less often.

The following statistics about fuel economy are also taken from Fuelly.com, just like the ones above. This is better than relying on the manufacturer’s numbers, which are often exaggerated, because it shows how real drivers feel.

Just like the Chevy Silverado, the fuel economy of the Chevy Colorado is getting worse and worse. Since the Colorado got the 2.8-liter Duramax diesel engine, fuel efficiency numbers have gone down every year.

While you’re not going to be buying a Duramax diesel engine because it’s going to save you some money at the pumps, it’s good to know how much you’ll need to budget before buying a vehicle.

While Duramax diesel engines aren’t terrible on fuel for a large diesel truck, they’ll still cost you a mint and leave you at the pumps more often than not.

Furthermore, there’s a big difference between the 6.6-liter Duramax diesel and its smaller cousin, the 2.8-liter. While you’ll get far better fuel economy with the smaller engine, you’ll also get far less power.

Truthfully, if you’re looking for a large, powerful diesel engine, ditch the worry over fuel efficiency and focus on reliability and power. When you look at it that way, you can’t beat the 6.6-liter Duramax.

Do Cars Still Have Catalytic Converters
How Much It Costs To Refurbish A Turbo?
Best Wax For Scratches On Black Car
Do Jeep Wrangler Lifespan Long?