Before the Honda Activa came along, Kinetic Engineering had a huge share of the Indian scooter market. Now, the company is focusing on selling high-end brands in India, like MV Agusta.

Norton is another well-known motorcycle brand that is working with Kinetic to bring their bikes to India. But this deal is a little different from the one with MV Agusta. Ajinkya Firodia, the managing director of Kinetic Engineering, said that they signed a joint venture with Norton to make a new brand called Kinetic Norton Motorcycles. This brand will make and sell motorcycles in India and the rest of Asia. The official confirmation of this joint venture will be given at a press conference in Delhi on November 15, 2017.

What are the plans? 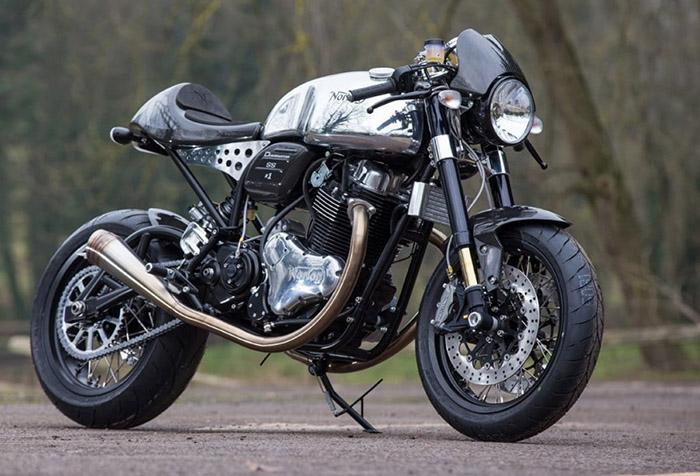 Kinetic Norton motorcycles will hit the Indian market in 2018. The Norton Dominator and the Norton Commando are the first two models on the list. At first, the company plans to bring in the motorcycles as a CBU (completely built unit), but later it will switch to a CKD (completely knocked down) model. At the 2017 EICMA, both the Dominator and the Commando were on display. We’ve also heard that Mahindra was going to work with Norton in the past, but we haven’t heard anything new about that yet. Here’s another kind of vintage bike you should look into: Bobber Triumph Bonneville

More about the Motorcycles

The Norton Dominator and the Norton Commando are both types of motorcycles that are called “cafe racers.” Both have a fuel-injected 961cc oil-cooled parallel twin engine that makes 80 PS of power and 90 Nm of peak torque. A 5-Speed transmission is hooked up to the engine.

The front suspension of the Norton Dominator is made up of 43mm Black-line Ohlins forks, and the back suspension is made up of an Ohlins TTX 36 mono shock. Norton Commando has the same 43mm Ohlins Black-line Forks, but instead of a single shock at the back, it has Ohlins twin shocks.

At the front of each bike, there are Brembo 320mm Dual discs with Brembo 4-piston monobloc callipers, and at the back, there is a 220mm single disc with a Brembo 2-piston calliper.

Since retro is the theme, Royal Enfield will also bring its 650cc Interceptor and Continental GT 650 models (click to read).

About Yamaha RX100 - Technical Specifications
Can You Drive Without Shoes
Is the Kia Carnival AWD?
What Does Service StabiliTrak Mean?